Who built the Water Art of Wismar 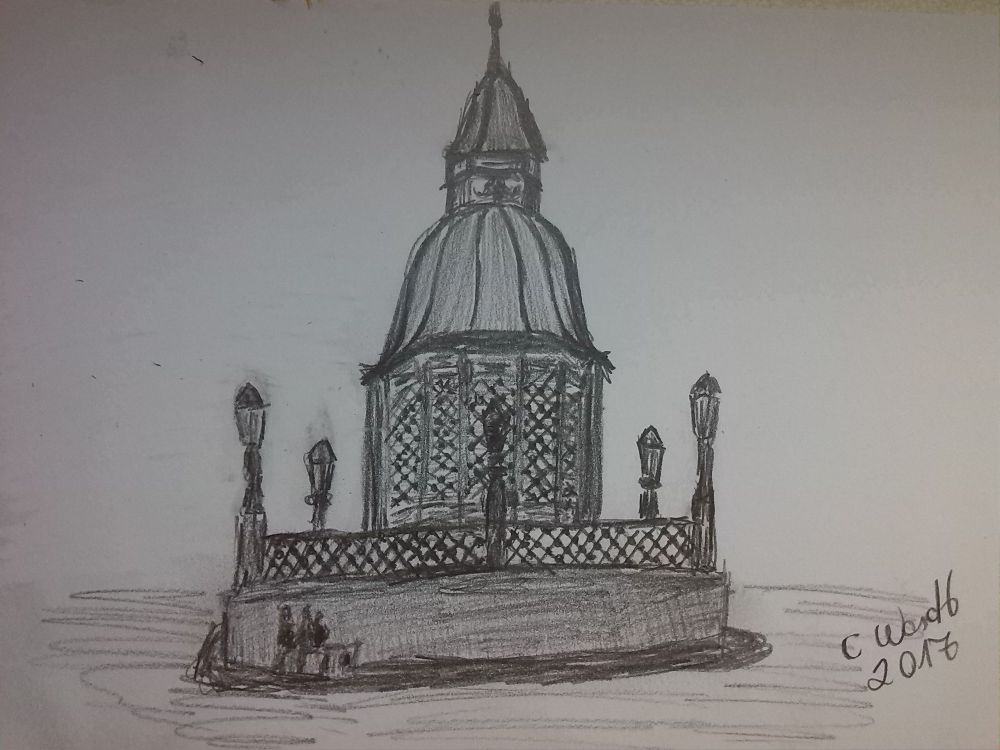 Who built the Water Art of Wismar?

From the deceased builder and architecture

The builder of water art

Dämmert, was mentioned in the account books of St. Petri in regard to buildings and art monuments of Lübeck. In a Wismar protocol, the order of the Lübeck Council is described.

Stonecutters, bricklayers and roofers have also been involved. The expenses flowed into Gotland stones, timber, wall and bricks and boards.

On the east side of the water are two bronze figures, which function as water spouts. In the vernacular, they were called “Adam and Eve”, “Nix and Mermaid” or “Frauloch und Mannloch”. In 1861 they were installed by Heinrich Thormann.

The bronze original figures were removed in 1897. When the new water tower replaced the water art they were handed over to the historical museum, the “Schabbellhaus”.

The architecture of the Water Art

The plans of the water art were created by Philipp Brandin.

The water art is built on the twelfth side in the shape of a temple, modeled on the Italian Renaissance.

The pavilion is divided by twelve male and female hermenophilasters, originally from sandstone. The bell-shaped cap rests on them.

The lantern is specially designed like the pavilion and is worn by hermenpilasters, formerly made of wood.

Above the iron grating there are slogans, which in golden writing represent the Latin text, which speaks of the drinking water supply of earlier times.

Under the iron grating is the German translation.

On Wikipedia you will find a cross-section drawing of a reconstruction proposal of the water art from the year 1858. It is a variant with open round pool, which was not realized.

Between 1860 and 1861 the water art was restored because of signs of wear. Another reason for the restoration was the too small basin size. Heinrich Thormann was the director of work. After the wood pipes were replaced by cast iron pipes, he set the water art on a pedestal and decorated with lawn.

The Institute for the Preservation of Monuments of Schwerin supported a comprehensive restoration from 1966 to 1976.

The stonework was supported by Schwerin sculptor Rolf Lange, his family members Siegfried, Dietmar and Ingrid Lange, as well as Hannelore Colmsee.

These include a plumber master Zelder from Schwerin, the wood sculptor Figurski from Güstrow, the Wismar blacksmith Heinrich Schoknecht and other experts.

Thormann placed a high and a deep container under the two bronze figures “Nix and Mermaid”, which he sat down.

Between 1972 and 1976 further restoration work was carried out on the copper roof, on the roof beam, as well as on the roof top. All the sandstone details and the wooden parts of the lanterns were replaced by copies.

In 1998, the latest restoration was carried out at the water jar “Nix and Mermaid”.

The six-sided lanterns on the water art correspond to those on the roof of the ridge turret of St. Petri.

In 1998 the water art was improved the last time. There was made a copy of “Nix and Mermaid” which was set at the water art.

We continue with the question: “How did the water work?”

Next Articel: How does the Water Art Work?

2 Replys to “Who built the Water Art of Wismar”

This website uses cookies to improve your experience while you navigate through the website. Out of these, the cookies that are categorized as necessary are stored on your browser as they are essential for the working of basic functionalities of the website. We also use third-party cookies that help us analyze and understand how you use this website. These cookies will be stored in your browser only with your consent. You also have the option to opt-out of these cookies. But opting out of some of these cookies may affect your browsing experience.
Necessary immer aktiv
Necessary cookies are absolutely essential for the website to function properly. These cookies ensure basic functionalities and security features of the website, anonymously.
Functional
Functional cookies help to perform certain functionalities like sharing the content of the website on social media platforms, collect feedbacks, and other third-party features.
Performance
Performance cookies are used to understand and analyze the key performance indexes of the website which helps in delivering a better user experience for the visitors.
Analytics
Analytical cookies are used to understand how visitors interact with the website. These cookies help provide information on metrics the number of visitors, bounce rate, traffic source, etc.
Advertisement
Advertisement cookies are used to provide visitors with relevant ads and marketing campaigns. These cookies track visitors across websites and collect information to provide customized ads.
Others
Other uncategorized cookies are those that are being analyzed and have not been classified into a category as yet.
SPEICHERN & AKZEPTIEREN
Close